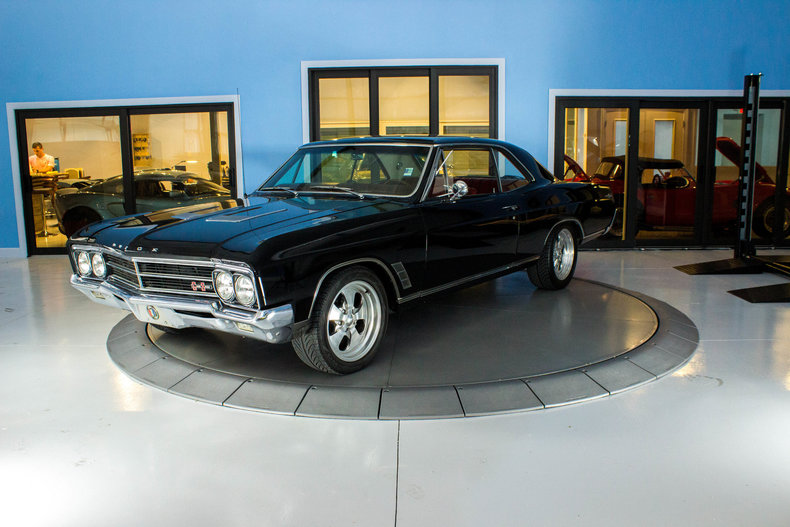 The Gran Sport name has been used on several high-performance cars built by Buick since 1965. In the GM brands hierarchy, Buick was surpassed in luxury and comfort appointments only by Cadillac, which did not produce performance models. As a result, the Buick GS series were the most opulently equipped GM sport models of their era.

The 1965 Skylark Gran Sport was the intermediate Buick Skylark with the Gran Sport option added. Although a 300 in V8 was already offered in the Skylark, the Gran Sport had the largest engine permitted by GM - a 400 cu in Buick V8. 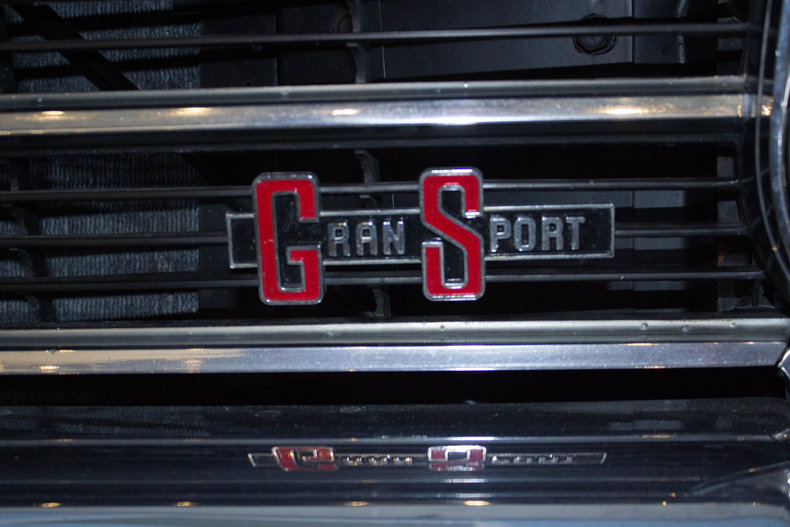 This engine was actually 401 cu in, but called a "400" by Buick because that was the maximum engine size limit set by General Motors for the intermediate body cars. This engine produced 325 hp and 445 lb·ft and was known as the "nailhead" engine.

Buick's engineers, following the lead set by Pontiac, pulled the pry-bars out of the old tool box and rammed their Wildcat 401-cu.in. engine squarely under the hood of the 1965 Skylark, which normally contained a 300-cu.in. power plant. Technically, the Gran Sport was listed at the time as a 400 simply because GM brass had a policy in place regarding cubic inch displacement regulations on certain platforms: Buick went over the mark in the Skylark by a single cubic inch.

The engineers also announced that the new option could go from 0 to 60 mph in 7 seconds. Independent tests from Motor Trend and Car Life didn't quite match the 7-flat that Buick claimed, however 7.8- and 7.4-seconds respectively hardly amounts to a noticeable difference when sitting behind the steering wheel during everyday driving--unless you're sitting at the staging line at a drag strip. 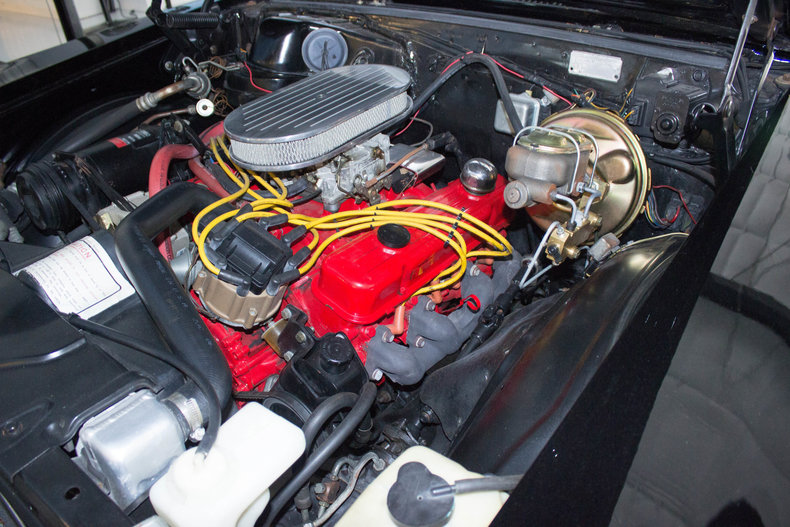 Buick General Manager Edward Rollert saw the Gran Sport as an opportunity to attract performance-minded youths away from the new Mustang and GTO--the two makes that potential buyers had primarily been flocking to. The mid-year release of this option package--that was available on the coupe, sport coupe, and convertible--resulted in a combined total of 15,780 units, compared to a combined 75,352-unit GTO total.

By the time the 1966 model year arrived, the midsize body carried the Gran Sport emblem as a model, rather than an option, to the Skylark, propelling Buick even closer to the muscle car status it has since become known for. Potential buyers were greeted with a fresh look brought about by the design success of the Riviera, less--and certainly more sporty looking--trim, and although the power remained from the previous year, two other engine choices were available to wet the appetite for those with a heavier right foot. 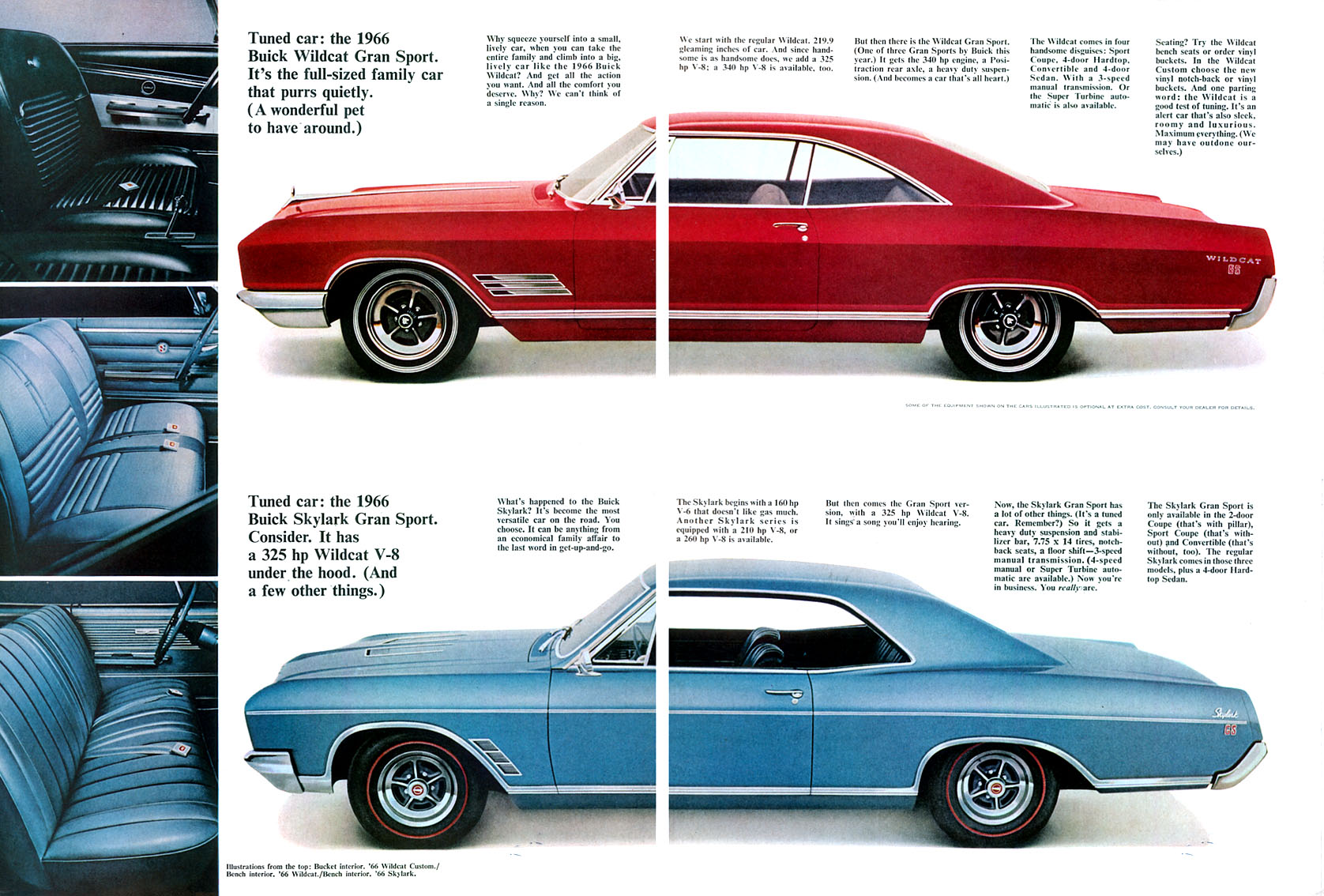 Total coupe production finished the year out with 1,835, and convertibles totaled 2,047 units. It was also a transitional year as the Skylark lineup had a redesign on the horizon, scheduled for 1967--a year that saw the Gran Sport become its own model. The new Gran Sport 400 and smaller Gran Sport 340 is void of the Skylark script, featured significantly sportier trim, and more importantly, its own set of VIN codes separate from the Skylark. Total sales jumped to 17,505 combined units even though some design cues carried over from 1966. 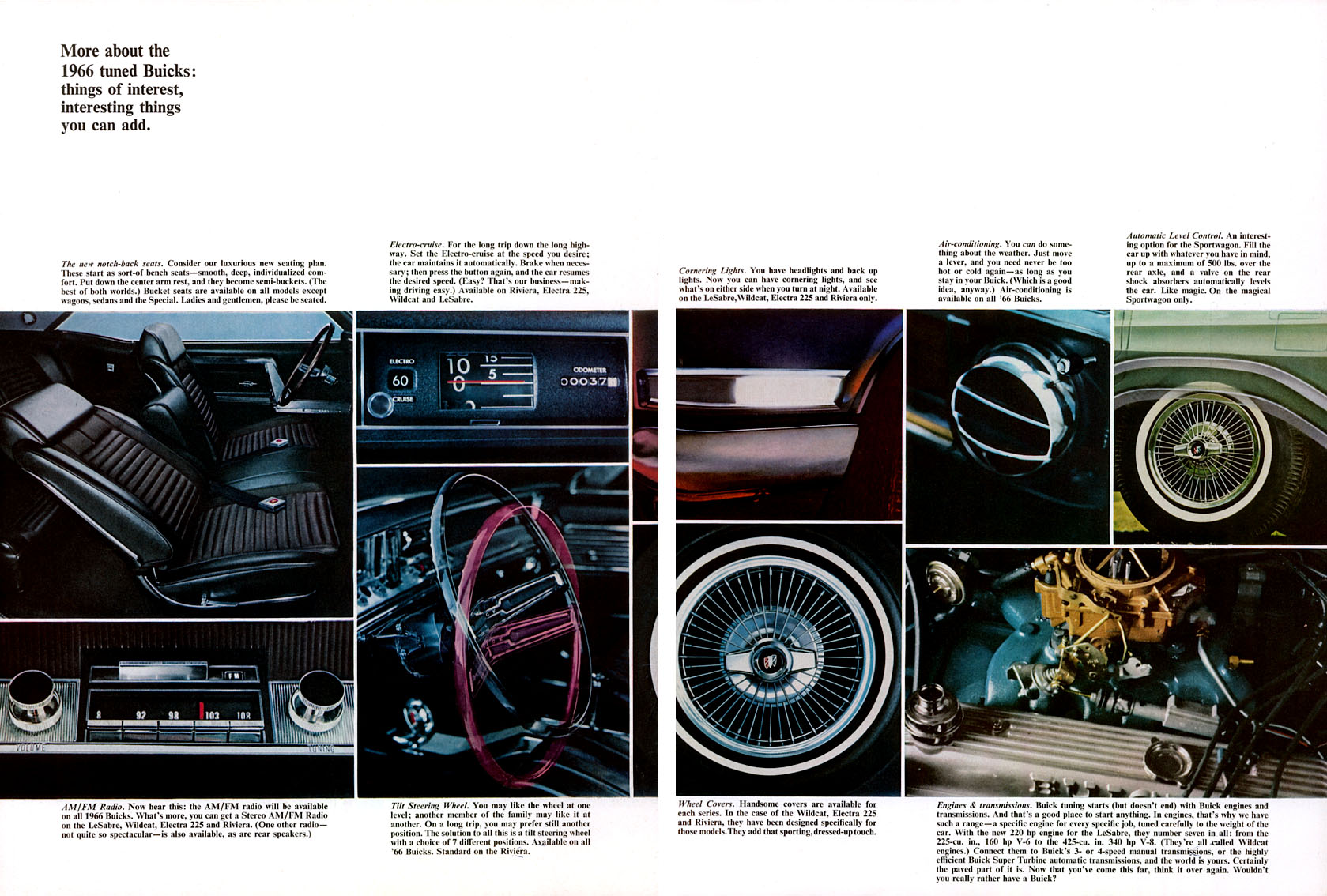 You must come to Skyway Classics and see this 1966 Buick Skylark GS Tribute if you are looking for a great Buick Muscle Car. 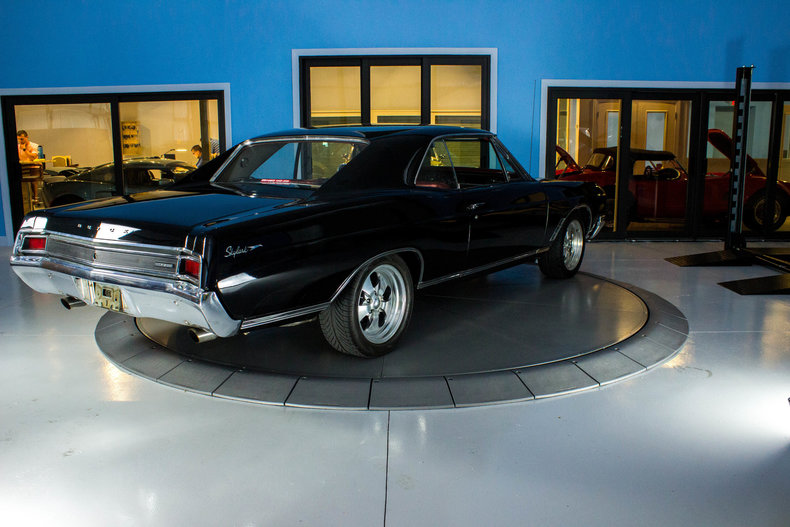 Why do business with us? Well, because here at Skyway Classics, we a family owned and operated. We are committed to serving our clients with high quality customer service and giving our clients a thoroughly enjoyable buying experience. We are dedicated to quality and serving you.