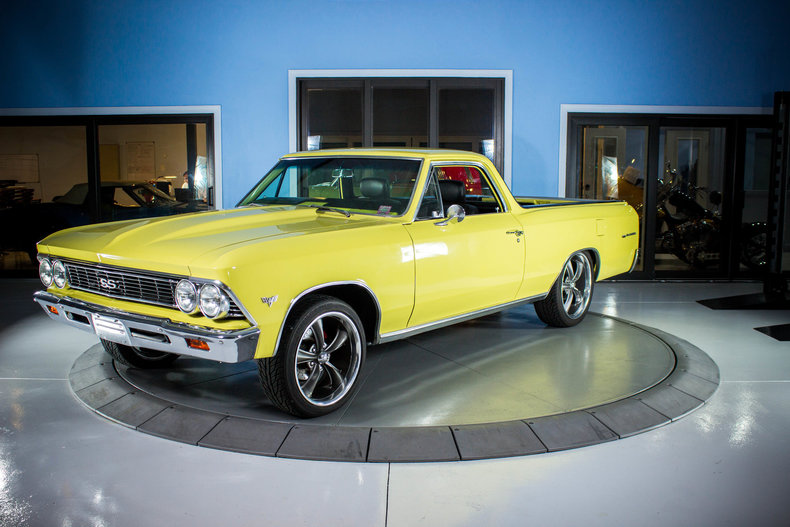 The Chevrolet El Camino is a coupé utility/pickup vehicle that was produced by Chevrolet between 1959–60 and 1964–1987. 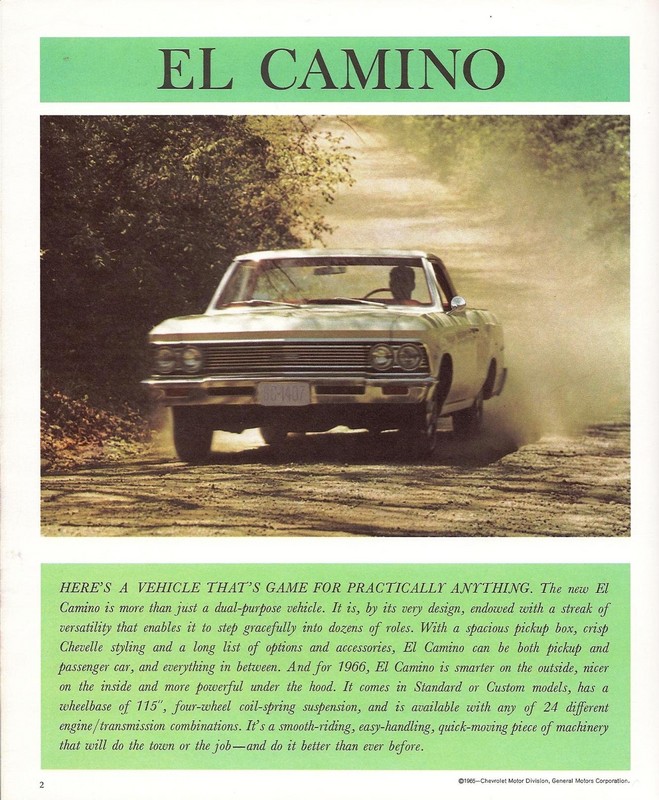 New sheetmetal highlighted the 1966 El Camino, identical to the Chevelle. A new instrument panel with horizontal sweep speedometer was featured. Inside, the standard version featured a bench seat interior and rubber floor mat from the low-line Chevelle 300 series, while the Custom used a more upscale interior from the Chevelle Malibu with plusher cloth-and-vinyl or all-vinyl bench seats and deep twist carpeting, or optional Strato swivel bucket seats with console. A tachometer was optional. 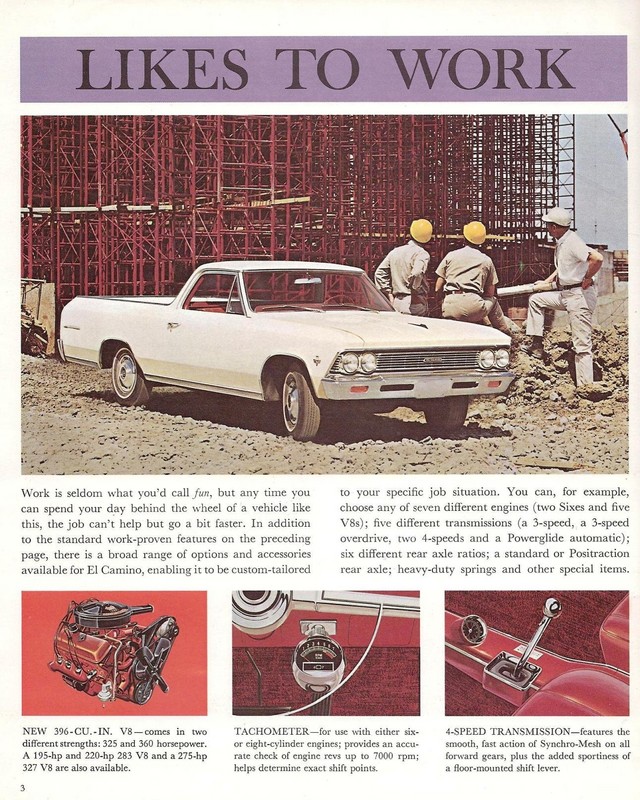 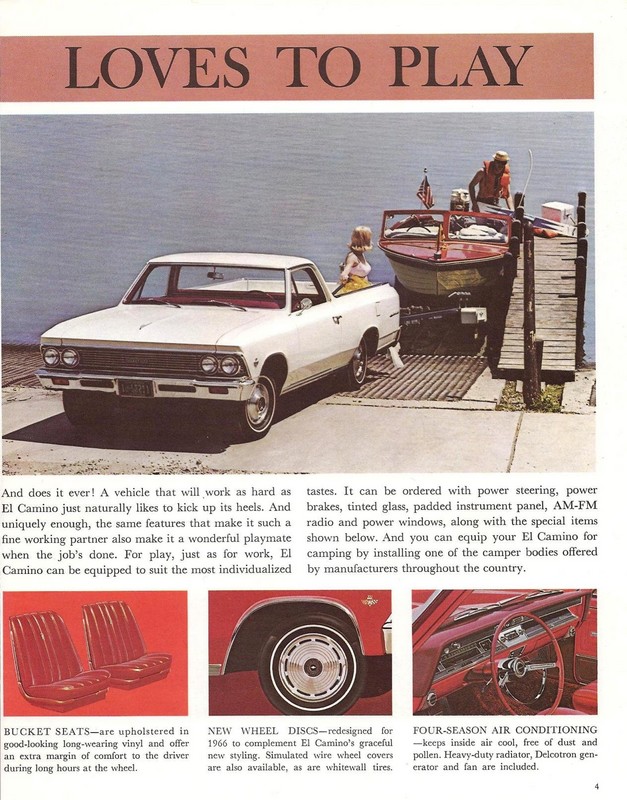 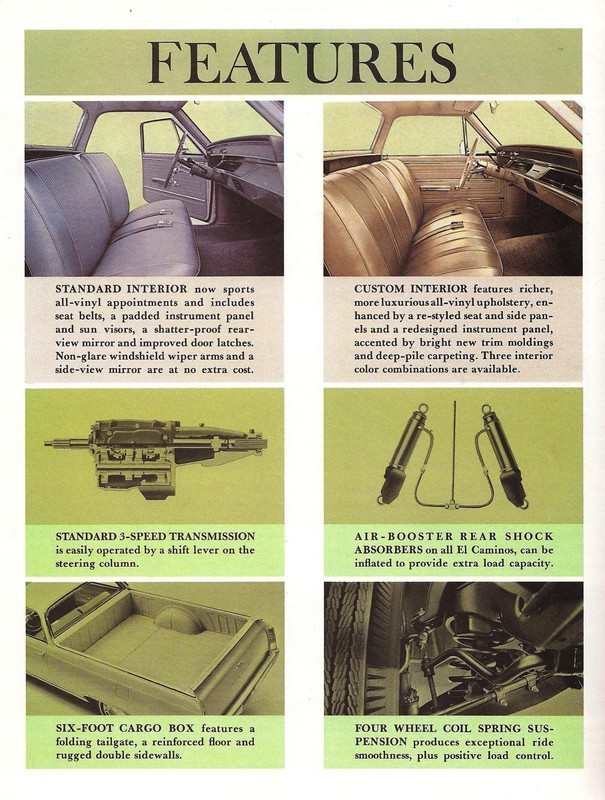 To complement the wide variety of available colors were the available drive train combinations that could be opted for on the 1966 El Camino. Base power was had by one of two six cylinder engines. Buyers who wanted more power could opt for aV-8. Manual transmissions were either 3 speeds or 4 speeds and the only available automatic transmission was the 2 speed Powerglide. 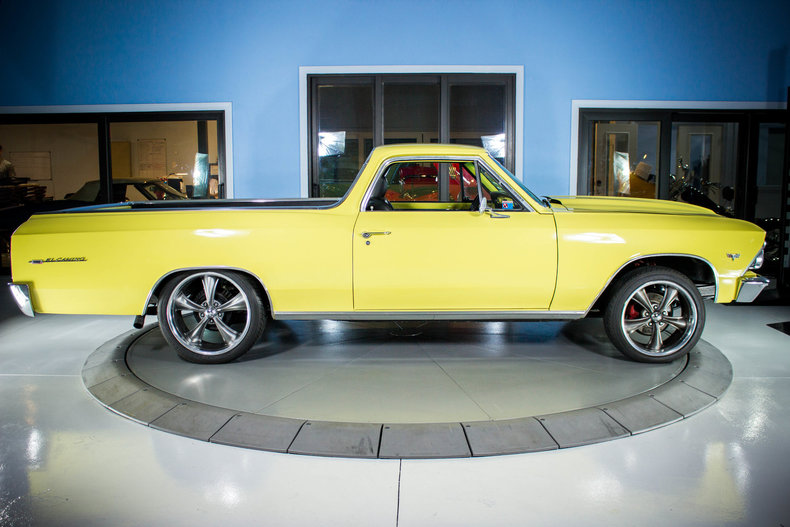