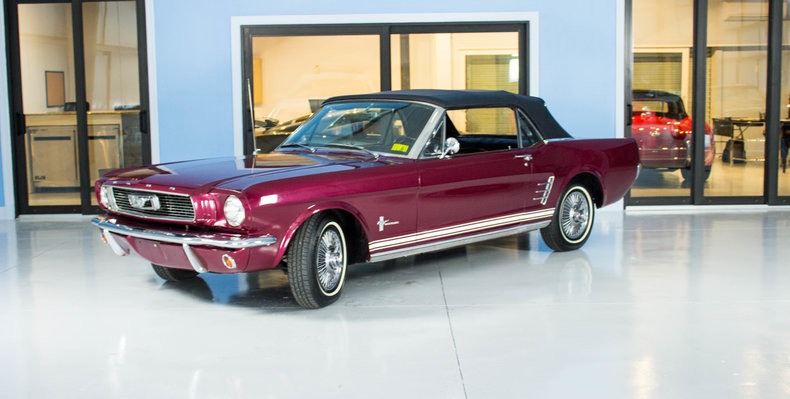 The first-generation Ford Mustang was manufactured by Ford from March 1964 until 1973.

It was initially introduced as a hardtop and convertible with the fastback version put on sale in August 1964. At the time of its introduction, the Mustang, sharing its underpinnings with the Falcon, was slotted into a compact car segment.

Lee Iacocca's assistant general manager and chief engineer, Donald N. Frey was the head engineer for the Mustang project, supervising the development of the Mustang in a record 18 months from September 1962 to March 1964, while Iacocca himself championed the project as Ford Division general manager.

Drawing on inspiration from the mid-engined Ford Mustang I concept vehicle, Lee Iacocca ordered development of a new "small car" to vice-president of design at Ford, Eugene Bordinat.

The design teams had been given five goals for the design of the Mustang: It would seat four, have bucket seats and a floor mounted shifter, weigh no more than 2,500 pounds and be no more than 180 inches in length, sell for less than $2,500, and have multiple power, comfort, and luxury options. 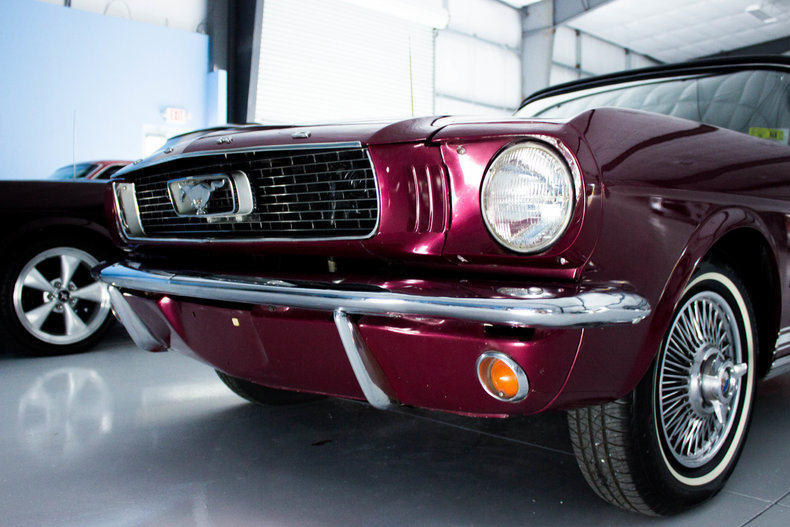 Since it was introduced four months before the normal start of the 1965 production year and manufactured alongside 1964 Ford Falcons and 1964 Mercury Comets, the earliest Mustangs are widely referred to as the 1964½ model. Nevertheless, all "1964½" cars were given 1965 U.S. standard VINs at the time of production, and, with limited exception to the earliest of promotional materials, were marketed by Ford as 1965 models.

Standard equipment for the early 1965 Mustangs included black front seat belts, a glove box light, and a padded dash board. Production began in March 1964 and official introduction following on April 17 at the 1964 World's Fair.

A large number of new paint and interior color options, an AM/eight-track sound system, and one of the first AM/FM mono automobile radios were also offered. The Mustang would be the best-selling convertible in 1966, with 72,119 sold, beating the number two Impala by almost 2:1.

The 1966 Mustangs are differentiated by variations in the exterior, despite similar design. These variations include the emblem on the quarter-panels behind the doors. The 1966 models had the emblem smaller in height and had three horizontal bars extending from the design, resembling an "E". The front intake grilles and ornaments were also different.  The 1966 version was a "slotted" style and used the "Horse and Corral" emblem on the grille, the 1966 had bars  removed.

In stock form, the Mustang's seven-main-bearing, overhead-valve straight-six displaced 200-cu in via a 3.68 x 3.13-inch bore and stroke. It had a 9.2:1 compression ratio, and used a single-barrel Autolite carburetor to make 120hp and 190-lbs ft of torque. 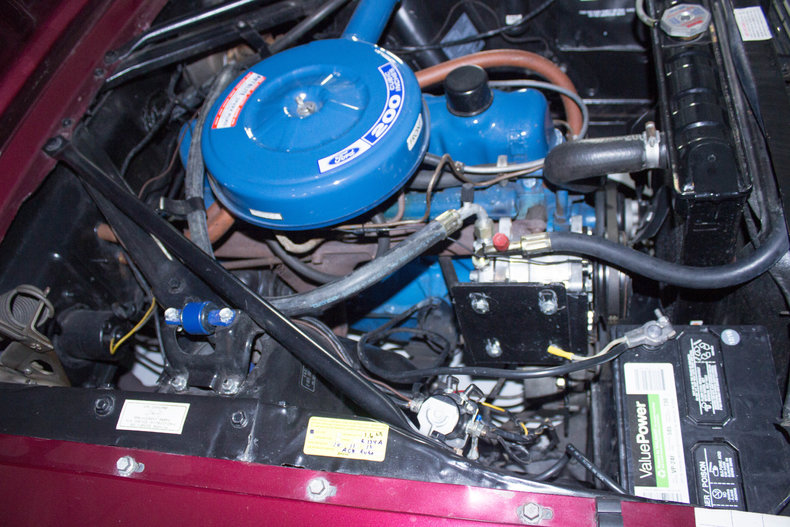 If you are looking for a 1966 Ford Mustang Convertible you should come look at Skyway ClassicsCarlynns Clean Classics. Give us a call and set up an appointment to see this one soon. 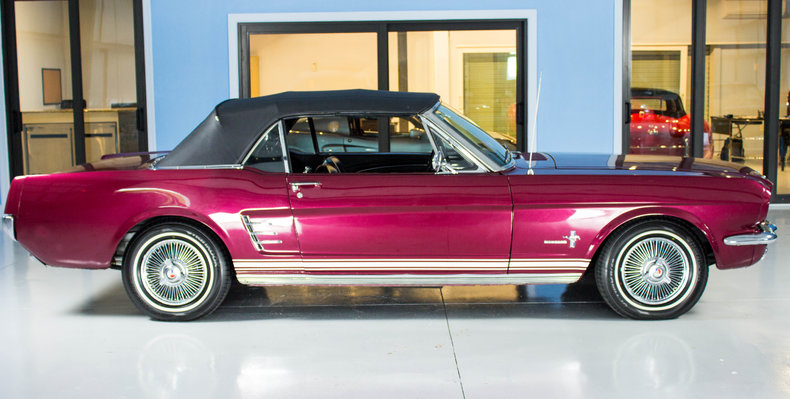