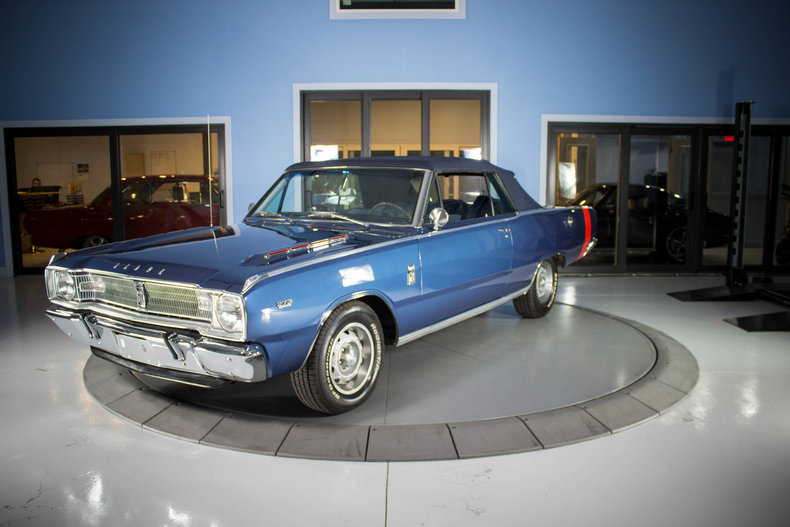 The Dodge Dart is an automobile originally built by Dodge from 1960 to 1976 in North America, with production extended to later years in various other markets. The Dart nameplate was resurrected for a Fiat-derived compact car introduced in 2013. It originally appeared on a 1957 show car featuring a body designed by the Italian coachbuilder Carrozzeria Ghia. The production Dart was introduced as a lower-priced, shorter wheelbase, full-size Dodge in 1960 and 1961, became a mid-size car for 1962, and finally was a compact from 1963 to 1976.

The Dart and its sister model—the Plymouth Valiant—were substantially redesigned for the 1967 model year. In addition to new styling, the cars received revised steering systems, wider front track and frame rail spacing, and redesigned K-members capable of accepting larger engines. The Dart would keep this basic form, with facelifts consisting of revised front and rear end styling and interior trim, until the end of A-body production in 1976 for North America and 1981 for South America.

The restyled Dart for 1967 featured a rear window with compound inverse curves. This created a unique appearance at the rear of the greenhouse, but tended to collect snow and created thick C-pillars that looked formal but created blindspots for drivers. Curved side glass was used for the first time on a Chrysler compact. Up front, there was a new dual-plane front end contour: the center section of the grille, bumper and leading edge of the hood were recessed from the front plane of the car. The single headlamps were placed forward of the recessed center section, defining the front plane. Park/turn lamps were set into the grille, in the corners formed by the transition area between the recessed and forward sections. This same front end treatment, with minor cosmetic changes to the grille and the park/turn lamps relocated to the front bumper, was also used by Chrysler Australia for their 1967 VE-model Valiant. 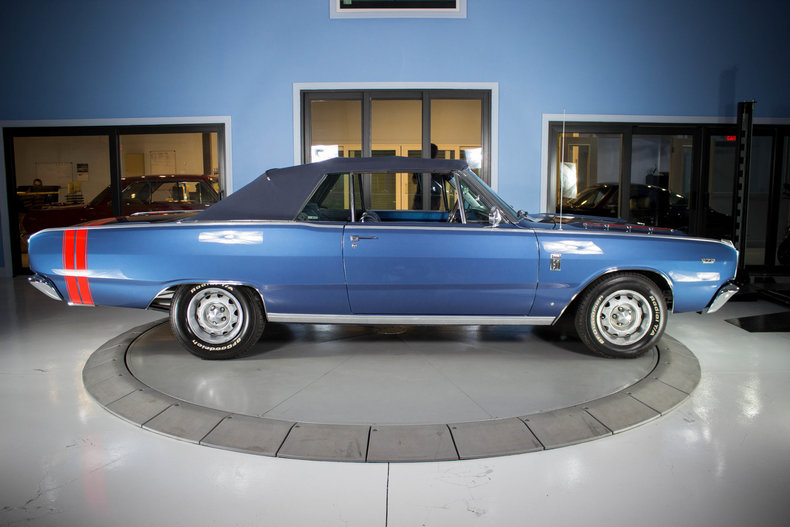 With the new design, changes were made to the Dart lineup, beginning with the elimination of its station wagons and the base model's "170" designation. The only body styles were the 2- and 4-door sedans, the hardtop, and the convertible. The base 170 model was now badged simply as "Dart". The 270 and GT versions carried on unchanged for the most part. In late 1967, the GTS model debuted but was built in limited quantities due to its lateness in the model year; the 1968 GTS would be, arguably, improved by fitting the new high-output 340 cu in V8 as standard equipment. 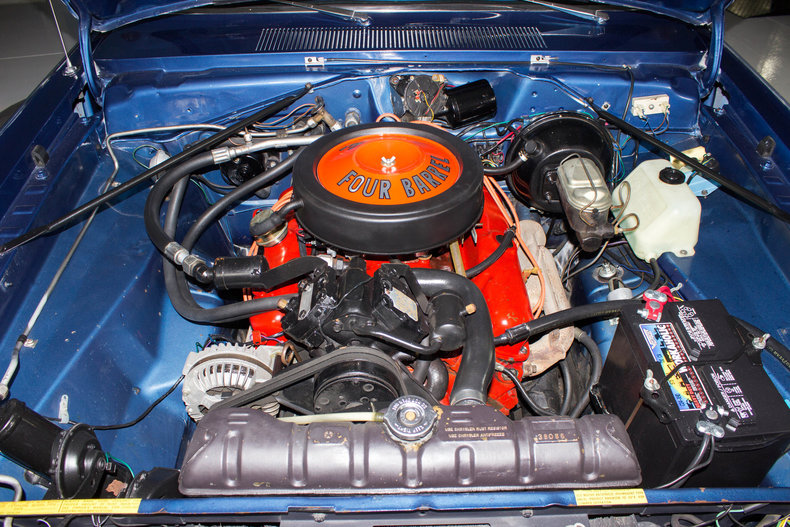 The 1967 Dart, along with all other 1967 Chrysler products, got a new dual-circuit brake hydraulic system to ensure loss of pressure in the front brakes would not prevent the rear brakes from working, and vice versa. The system also incorporated a brake system fault telltale on the dashboard. Other changes to comply with new federal safety laws included collapsible steering columns, additional padding on the dashboard and sun visors. Shoulder belt anchors were also provided for front outboard occupants. 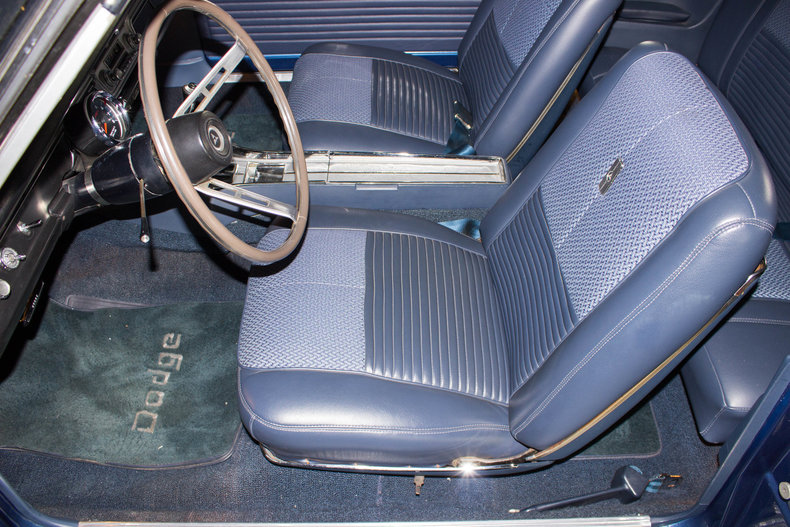 The 1967 redesign removed all traces of the older Virgil Exner styling that proved less popular by the early 1960s. The newer body was trimmer and proved extremely popular, causing sales of the Dart to surpass compacts from Ford and GM.

Check out this vehicle on our Skyway Classics blog here at https://www.skywayclassics.com/blog