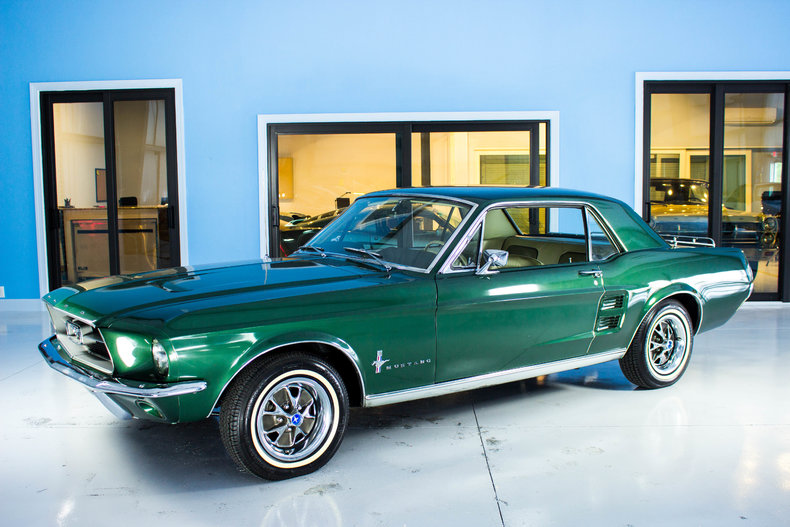 The 1967 model year Mustang was the first redesign of the original model. Ford's designers began drawing up a larger version even as the original was achieving sales success, and while "Iacocca later complained about the Mustang's growth, he did oversee the redesign for 1967.

The 1967 Deluxe Interior was revised, discontinuing the embossed running horse motif on the seat backs (the source for the "pony interior" nickname) in favor of a new deluxe interior package, which included special color options, brushed aluminum (from August 1966 production) or woodgrain dash trim, seat buttons, and special door panels. 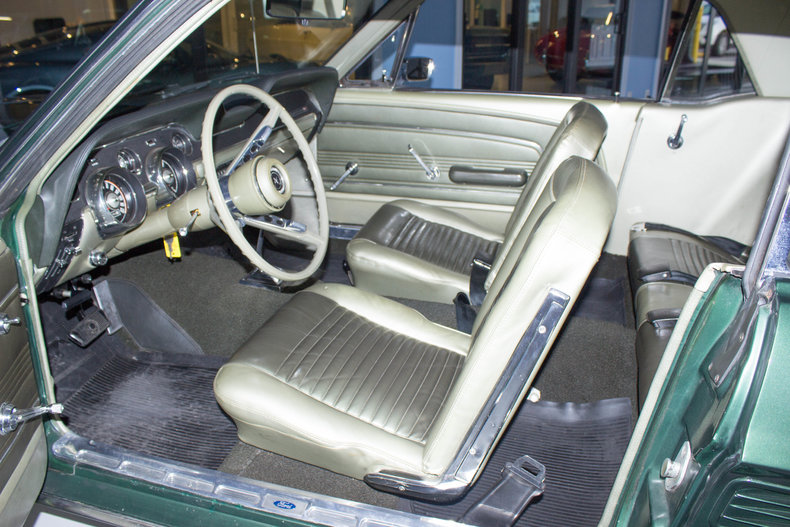 The 1967 deluxe interior included stainless steel-trimmed seat back shells, similar to those in the Thunderbird. The deluxe steering wheel, which had been included in the deluxe interior for the 1965-66, became optional, and could also be ordered with the standard interior. The air-conditioning option was fully integrated into the dash, the speakers and stereo were upgraded, and unique center and overhead consoles were options.

The fastback model offered the option of a rear fold-down seat, and the convertible was available with folding glass windows. The convenience group with four warning lights for low fuel, seat belt reminder, parking brake not released, and door ajar were added to the instrument panel, or, if one ordered the optional console and A/C, the lights were mounted on the console.

The engine options started with the six cylinder up to the tried and true 289 cubic inch V8. 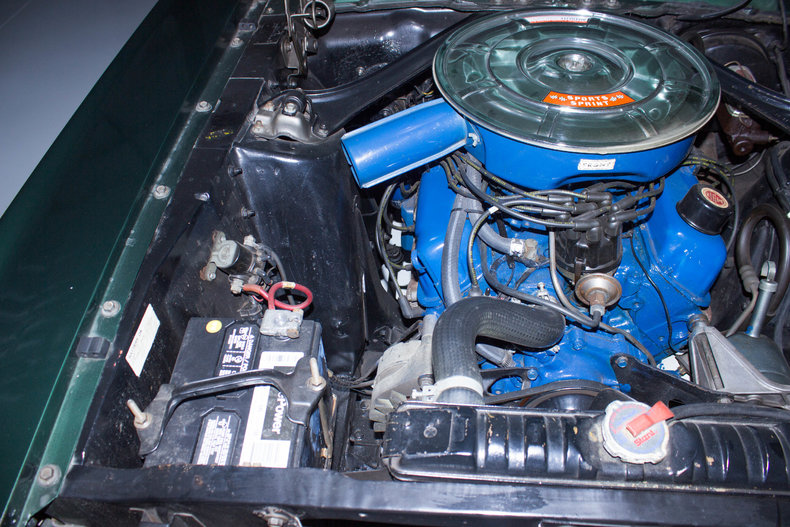 This Ford Mustang Sprint we have here at Skyway Classics is a sharp looking and driving Mustang and will get a lot of attention form everyone, but especially the Mustang crowd who knows what a Sprint Version really was. Give us a call and set up an appointment to see this one soon. 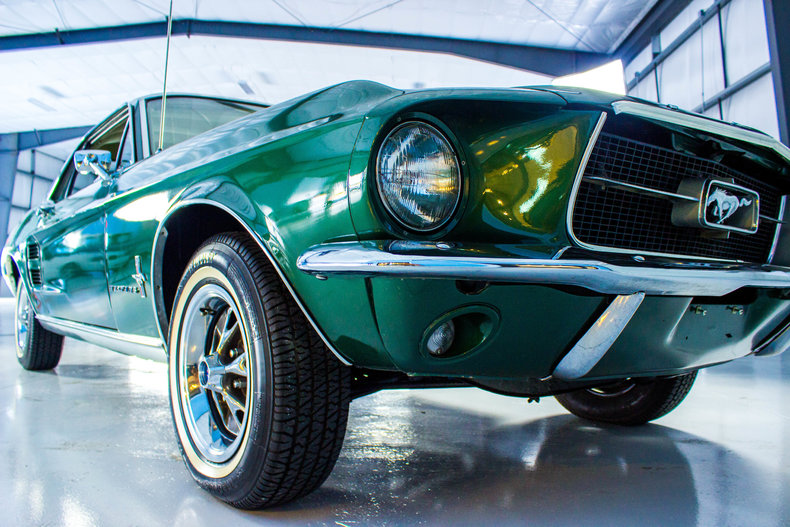