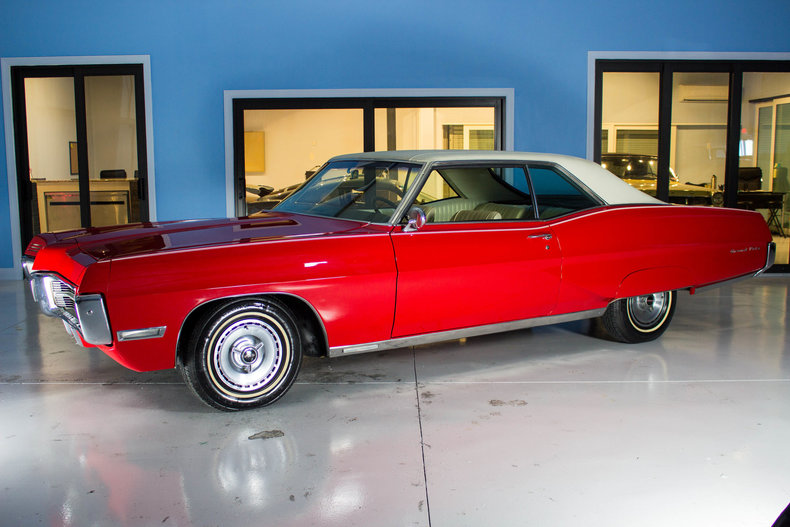 We have a great looking 1967 Pontiac Grand Prix in stunning red at Skyway Classics. It sets off the contrasting white top and interior! 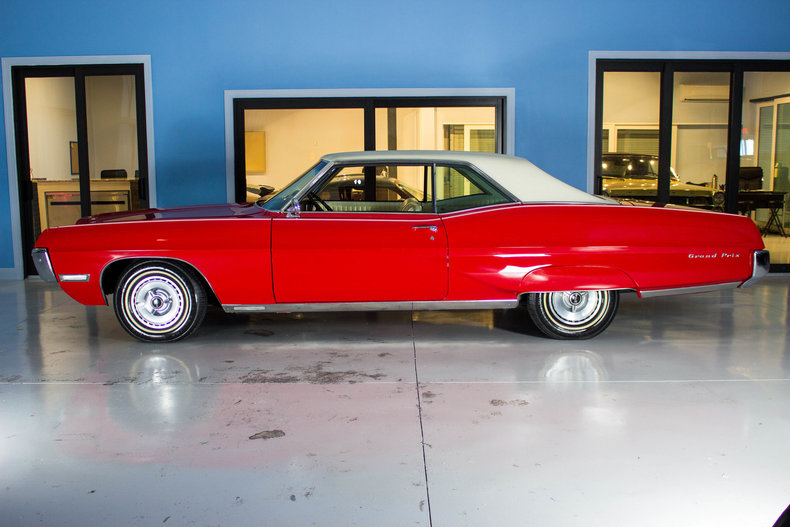 The Grand Prix first appeared in the Pontiac line for the 1962 model year, as a performance oriented replacement for the Ventura, which became a luxury trim level of the full-size Catalina It was essentially a standard Catalina coupe with minimal outside chrome trim and a sportier interior (bucket seats and a center console). The performance-minded John De Lorean, head of Advanced Engineering at Pontiac, contributed to the development of both the Grand Prix and the GTO.

Revised sheetmetal with rounded but even more pronounced Coke bottle styling highlighted the 1967 Grand Prix and other full-sized Pontiacs. Also new to the GP were concealed headlights with horizontal mounting (all other full-size '67 Pontiacs retained the vertical headlights for one more year), concealed windshield wipers and ventless front windows on hardtop coupes. Out back were louvered taillights similar to those found on the GTO.

Inside of our Red GP is a no-cost optional notchback bench seat, which is rare. Other changes included a revised instrument panel and door panel trim.

Under the hood, it has the new bigger size than the previous year’s 389, 400 cu in V8 with four-barrel carburetor, dual exhausts and 350 hp. The 400 V8s were basically bored out versions of the older 389/421 block but with various internal improvements including bigger valves and improved breathing capabilities. 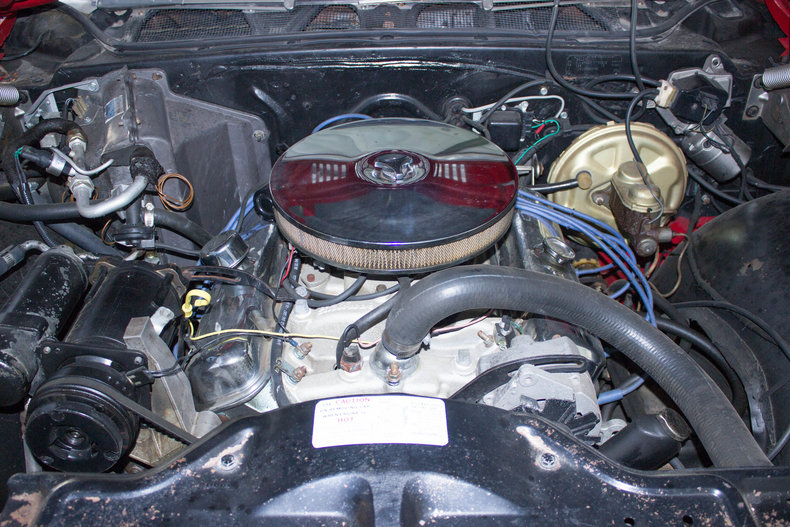 This GP also has air conditioning, PS, PB, a dual master-cylinder braking system and along with spinner hubcaps as well as white stripe tires. Also new for 1967 was an energy-absorbing collapsible steering column.

The 1967 Pontiac Grand Prix in Skyway Classics is a classic big car that is great to cruise in and a real classic car with a lot of power and style. 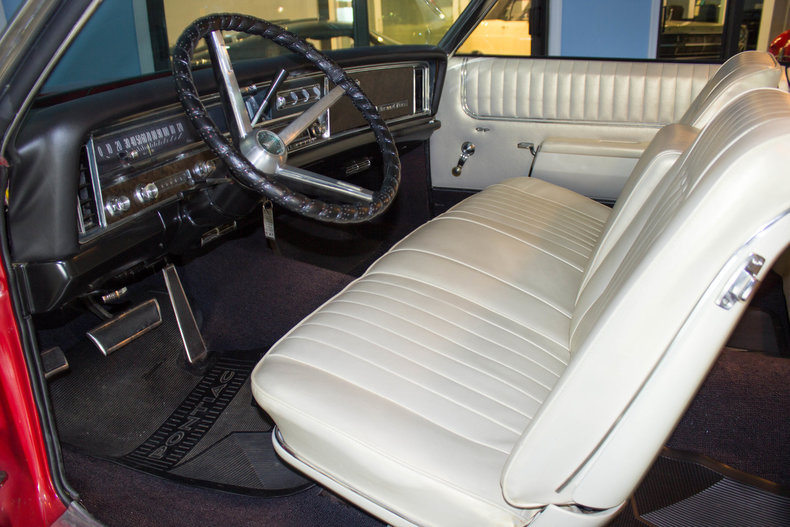 So give us a call at 941-254-6608. We also finance! Check out our financiers here at https://www.skywayclassics.com/financiers

Why do business with us? Well, because here at Skyway Classics, we a family owned and operated. We are committed to serving our clients with high quality customer service and giving our clients a thoroughly enjoyable buying experience. We are dedicated to quality and serving you.