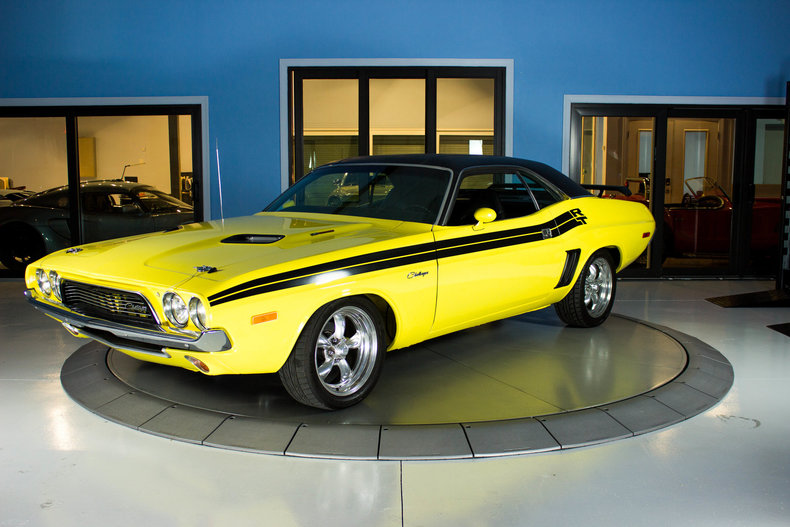 The Dodge Challenger is the name of four different generations of American automobiles (two of those being pony cars) produced by Dodge in Detroit, Michigan. The Dodge Silver Challenger was produced from 1958 to 1959, as a version of the full-sized Dodge Coronet sedan. From MY 1970 to 1974, the second generation Dodge Challenger pony car was built using the Chrysler E platform, sharing major components with the Plymouth Barracuda. The third generation, from 1978 to 1983, was a badge engineered Mitsubishi Galant Lambda compact car. The fourth, and current generation is a pony car introduced in early 2008 as a rival to the evolved fifth generation Ford Mustang and the fifth generation Chevrolet Camaro.

The Challenger was described in a book about 1960s American cars as Dodge's "answer to the Mustang and Camaro." Introduced in fall 1969 for the 1970 model year, it was one of two Chrysler E-body cars, the other being the slightly smaller Plymouth Barracuda. "Both the Challenger and Barracuda were available in a staggering number of trim and option levels" and were intended "to compete against cars like the Chevrolet Camaro and Ford Mustang, and to do it while offering virtually every engine in Chrysler's inventory." 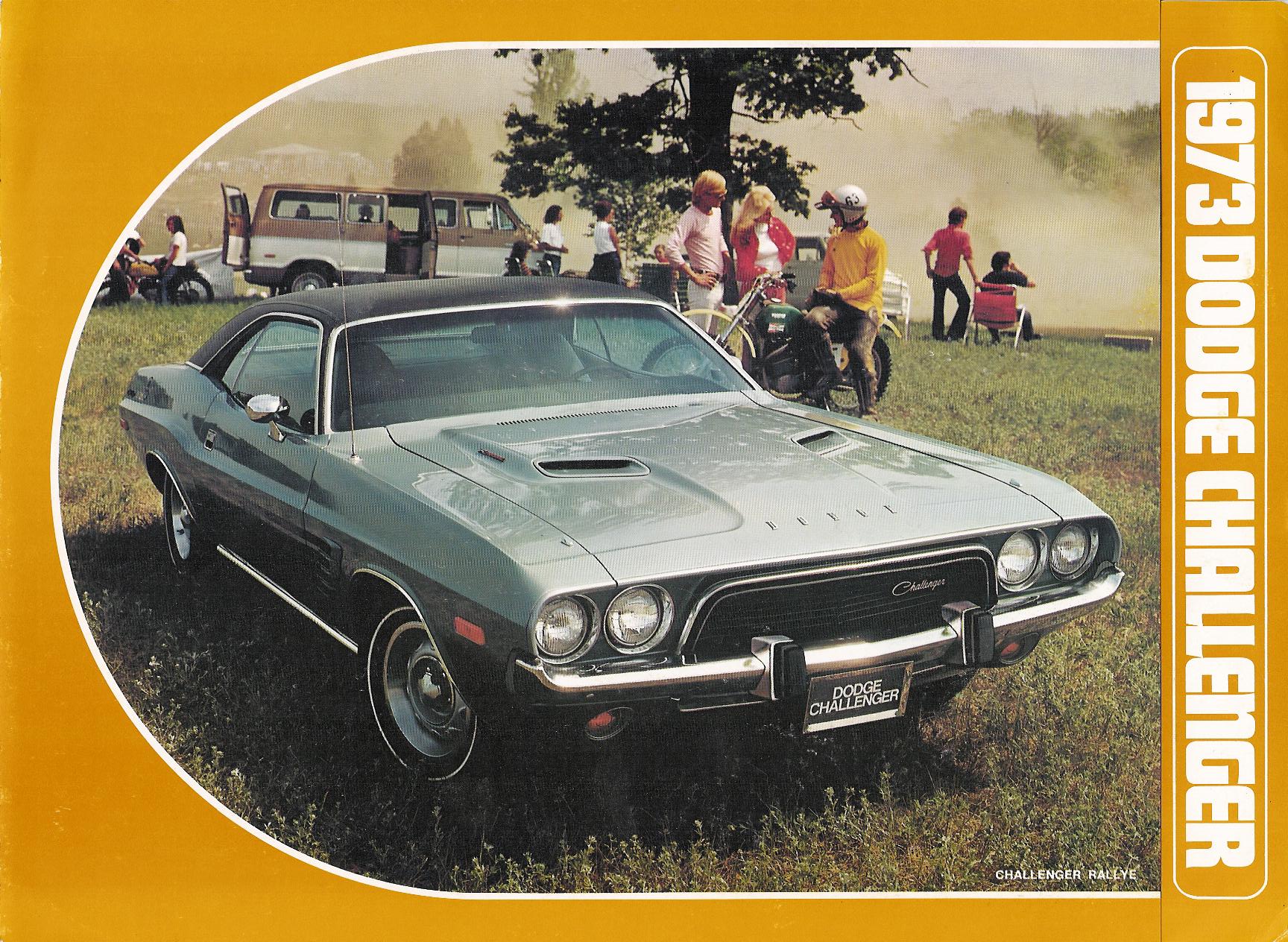 However, the 1970 Challenger was "a rather late response to the ponycar wave the Ford Mustang had started" with its introduction in April 1964. In his book Hemi Muscle Cars, Robert Genat wrote that the Challenger was conceived in the late 1960s as Dodge's equivalent of the Plymouth Barracuda, and that the Barracuda was designed to compete against the Mustang.

The 1964 Barracuda was actually the first car in this sporty car segment by a few weeks, but was quickly overshadowed by the release of the segment defining Mustang (the segment being referred to as "Pony Car"). He added that Chrysler intended the new 1970 Dodge as "the most potent ponycar ever," and positioned it "to compete against the Mercury Cougar and Pontiac Firebird." Genat also noted that the "Barracuda was intended to compete in the marketplace with the Mustang and Camaro/Firebird, while the Dodge was to be positioned against the Cougar" and other more luxury-type musclecars. 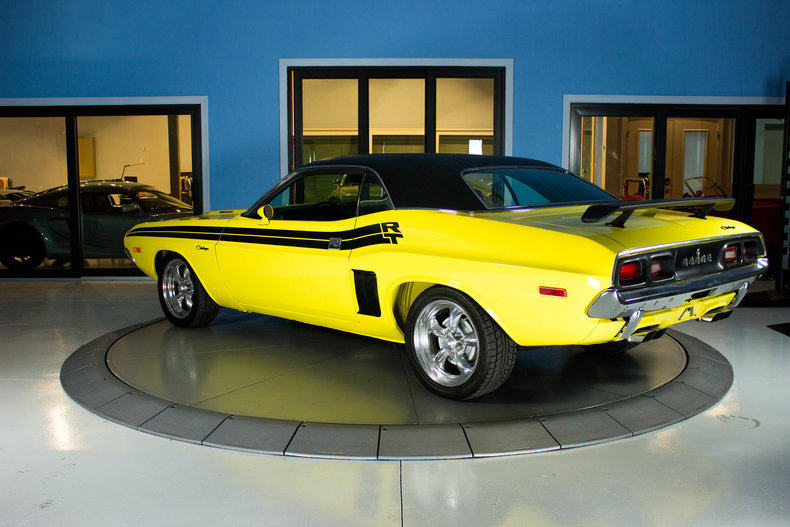 The Challenger's longer wheelbase, larger dimensions and more luxurious interior were prompted by the launch of the 1967 Mercury Cougar, likewise a bigger, more luxurious and more expensive pony car aimed at affluent young American buyers. The wheelbase, at 110 inches, was two inches longer than the Barracuda, and the Dodge differed substantially from the Plymouth in its outer sheet metal, much as the Cougar differed from the shorter-wheelbase Ford Mustang. Air conditioning and a rear window defogger were optional.

With 1971 being the sole exception, the front ends of both cars differed from each other in that the Challenger had four headlights and the Barracuda had only two (though it also had four in 1971); this setup is similar to how the 1967-73 Mustangs and Cougars looked, as well as the 1967-69 Camaros and Firebirds.

Exterior design was done by Carl Cameron, who also did the exterior for the 1966 Dodge Charger. Cameron based the 1970 Challenger grille off an older sketch of his 1966 Charger prototype that was to have a turbine engine. The Charger never got the turbine, but the Challenger featured that car's grille. Although the Challenger was well received by the public (with 76,935 produced for the 1970 model year), it was criticized by the press, and the pony car segment was already declining by the time the Challenger arrived.

The Challenger was available as a two-door in either a hardtop coupe or a convertible body design, and in two models for its introductory year. The base model was the "Challenger" with either a I6 or V8 engine, as well as a "Challenger R/T" that included a 383 cu in V8. 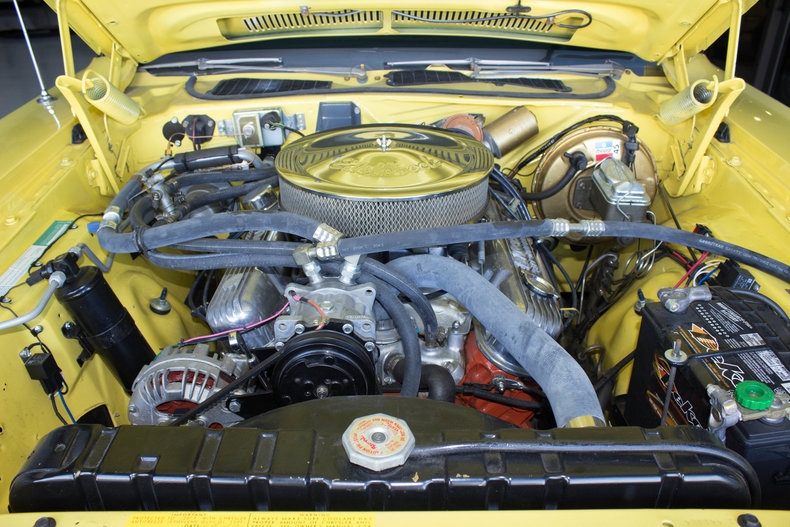 The 1972 grille and tail-light arrangement was carried over for the 1973 models, and the mandatory 5 mph bumpers were added. While the 225 cu in six-cylinder engine was dropped, (leaving just the two V-8s), all option lists otherwise were carry-overs from 1972.

Although the body style remained the same throughout the Challenger's five-year run, there were two notable changes to the front grille. The 1971 models had a "split" grille, while 1972 introduced a design that extended the grille beneath the front bumper. With this change to the front end, 1972 through 1974 models had little to no variation.

The only way to properly distinguish them is that the 1972s had flush mounted bumpers with no bumper guards, (small bumper guards were optional), while both the 1973 and 1974 models had the protruding "5 mph" bumpers (with a rubber type filler behind them) in conjunction with large bumper guards. 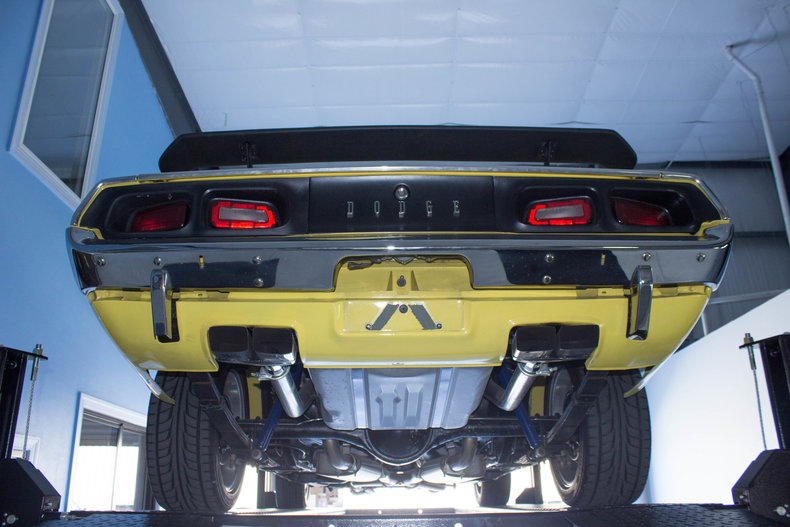 If you would like to purchase one of the Challengers, we have two of the here at Skyway Classics. Come check them out or call 941-254-6608.