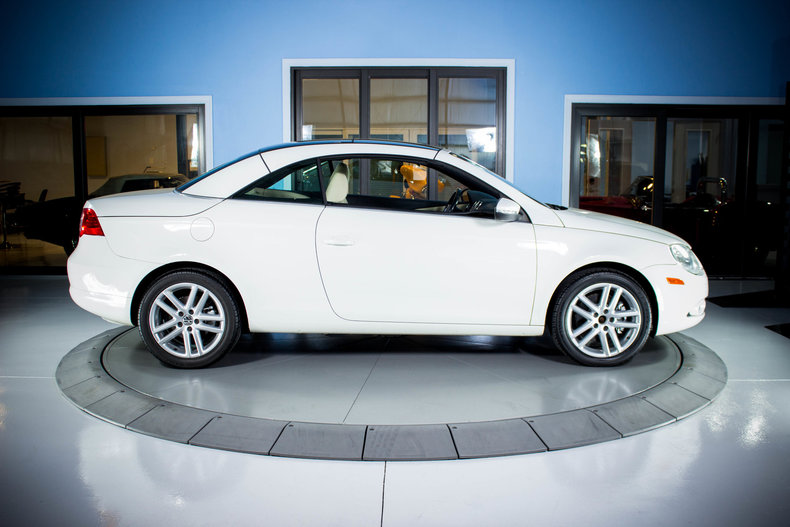 The Volkswagen Eos was a sport compact cabriolet coupe produced by the German automaker Volkswagen from 2006 to 2015. Assembled at AutoEuropa in Portugal, it was a convertible only compact coupe introduced as the successor of the Volkswagen Golf Cabriolet. It was Volkswagen's first production coupe since the Volkswagen Corrado, which ended production in July 1995. The name Eos was derived from Eos, the Greek goddess of the dawn.

Prior to production, the Eos was shown as the Concept C concept car at the 2004 Geneva Motor Show, designed by a team headed by Peter Schreyer, Head of Volkswagen Design in Wolfsburg.

Unlike the Cabrio, which was a convertible version of the Golf hatchback, the Eos was a standalone model with all new body panels, although it shared the platform and components from the Volkswagen Golf.

The Eos incorporates into its 5 piece folding roof an integrated and independently sliding glass sunroof, making the Eos the only retractable hardtop of this kind. The roof disappears automatically into the trunk 25 seconds. 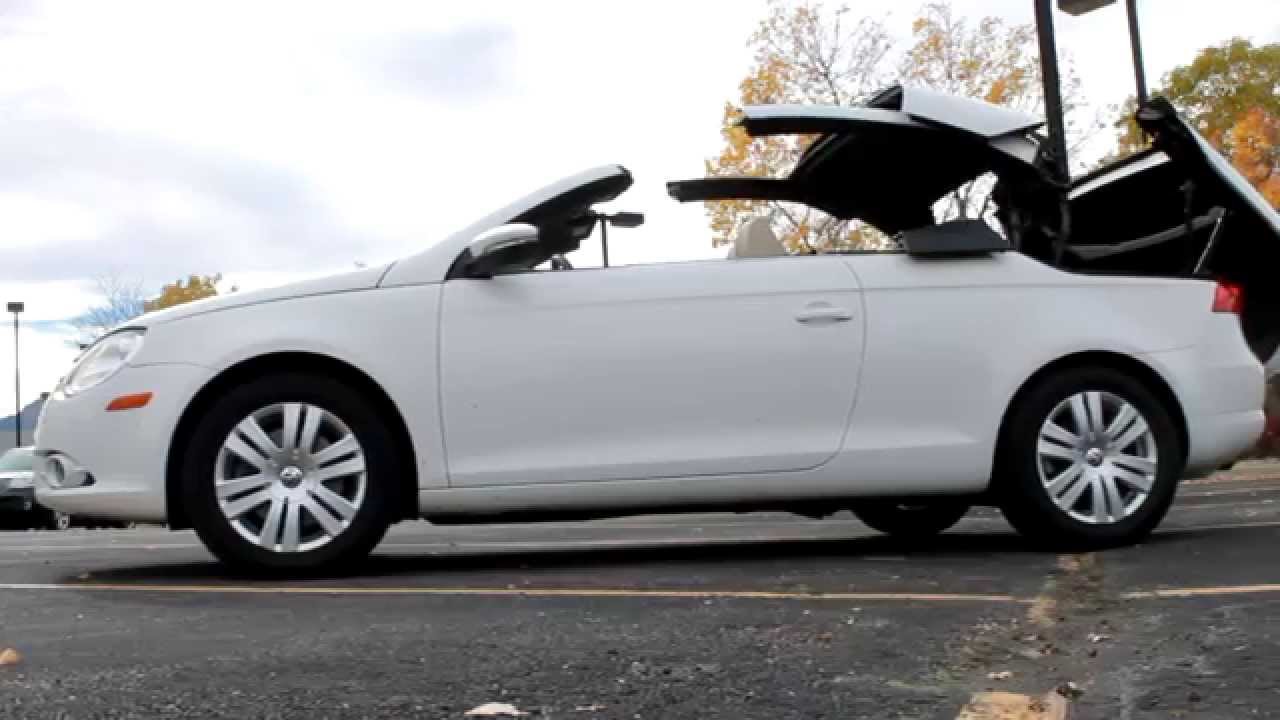 The roof was designed and is built by OASys, a subsidiary of Webasto Germany. The design of the roof system is complex with its own hydraulic control system and numerous rubber seals.

The features of the Eos, which include a 2.0-liter turbocharged four-cylinder engine, a six-speed manual transmission or DSG Tiptronic six-speed automatic, lots of safety features, climate-controlled air conditioning and a decent stereo. The turbo engine delivers brisk acceleration performance and is a smooth companion around town. 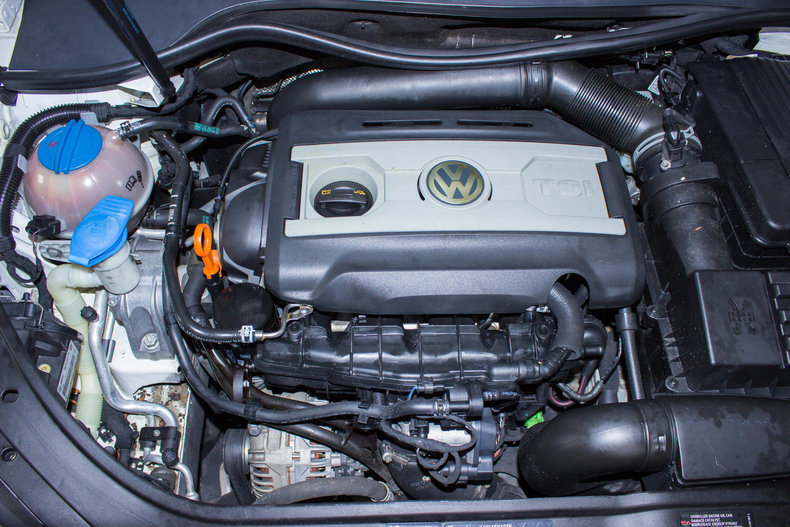 The Eos represents a good compromise between a sports car and a sedan. It's sporty and practical, and yet offers opportunities for top-down worship of the sun, the moon and the stars. 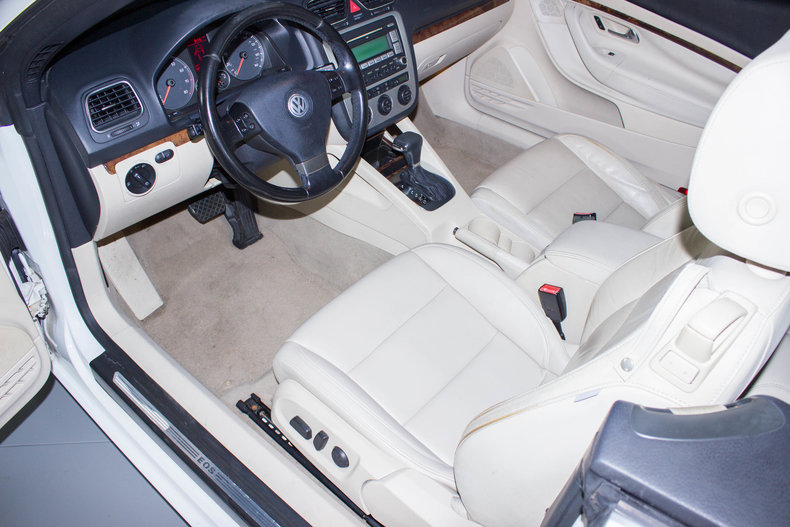 The Volkswagen Eos is a two-door, four-seat, retractable hardtop convertible. Press a button and the hard roof rises up, the trunk lid opens, the rear window folds, then the pieces neatly stack themselves into the trunk before the lid closes, hiding everything and giving the Eos the clean look of a convertible. Press the button again and the glass-paneled roof rises, unfolds, and firmly latches in place. Eos is now a sanctuary, tight and quiet as a coupe. Previously the domain of more expensive cars, the Volkswagen Eos delivers a high-tech folding metal roof at an affordable price.

The front of the Eos has the unmistakable VW family look with its in-your-face grille surrounded by plenty of chrome. The sleek covered multifaceted headlights blend into the fender and hood while the edge of the hood continues as a flowing unbroken line back to the rear of the car. The windshield has a low sloping rake to it and, in keeping with the coupe look, there are no B-pillars. Even the C-pillar is not too large. It's certainly way smaller than it would be if Eos were a traditional soft-top convertible. 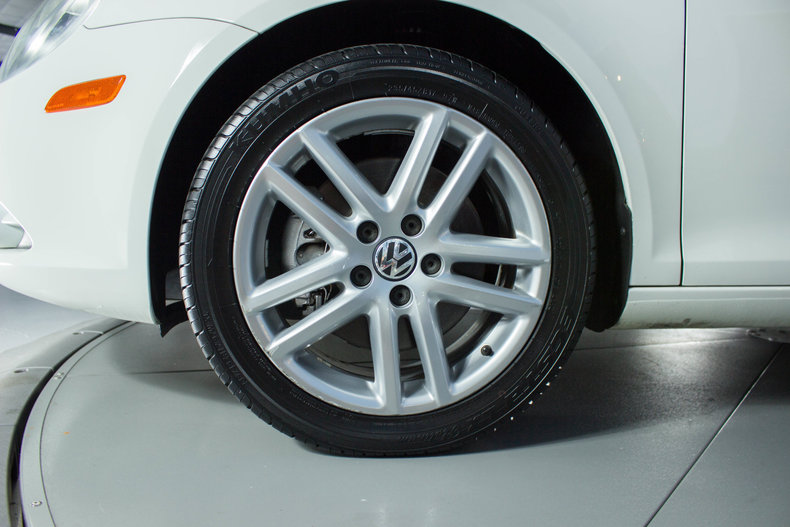 Watching the roof fold away is enthralling. In just 25 seconds the top of the roof rises up, the trunk lid opens and the rear window folds up. Then the pieces neatly arrange themselves on top of each other and park themselves in the trunk before the lid closes, hiding everything away from prying eyes and giving the Eos a clean flowing look. It's all done by computer-controlled hydraulics. A remote control on the key fob lets the owner raise or lower the roof while standing away from the car.

The 2.0-liter turbocharged engine produces plenty of torque, good for gentle cruising or more aggressive driving. VW claims it can sprint from 0 to 60 mph in just 7.4 seconds and reach a top speed of 130 mph.

The Volkswagen Eos is truly a car for all seasons. When the metal roof is up the Eos is sealed and you'd never know it was not a normal two-door, four-passenger coupe. On warm days it takes less than half a minute to transform the Eos into a four-seat convertible. For in-between days there's the option of a sunroof with a very wide opening. Compared to the price of other metal-hardtop four-seat convertibles, the Eos is truly one for the masses, priced about ten grand less than the Volvo C70.

In the meantime, check out all our vehicle on our Skyway Classics blog here at https://www.skywayclassics.com/blog